If you want to run homebrew... simple enough!

In this tutorial I am going to show you how to modify your XBOX 360 to run Xell Homebrew or xbox rebooter kernel.

In order to finish this task, you need to prepare the following tools/components:

The benefit of using this USB SPI inteface is, it does not require any parallel port (most PCs don't have it nowdays), it only requires USB port. Another advantage is speed. It is 10 times faster than the parallel port tool.

This is relatively easy, check the power connector:

Differences between Xenon/Zephyr: Zephyr has HDMI, Xenon does not.

Difference between Falcon/Opus: Falcon has HDMI, Opus does not.

If you have a Jasper box, you should also check which NAND size it has. 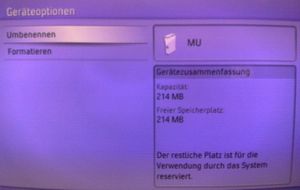 Which Dashboard-Version does my console have?

At first you have to find out which dashboard version your Xbox console has. Go to "System Settings", "Console Settings" and choose "System Info". The dashboard should show something like "2.0.7371.0". 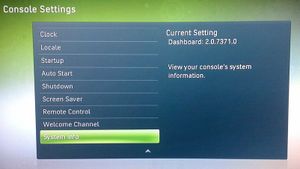 With Jasper, beginning MFR July 2009, you have to read out the NAND first anyway to know for sure that the Hack will work. (The NAND should be read out anyway, doesn't matter which Mainboard-Revision you have).

After you have it installed, you should have a menu created something like: MicroChip ->MCHPFSUSB v1.3 in your windows menu bar. Please also remember the install location of this package, as you need to install drivers later. Reboot your machine.

Now, open the TIAO 360 USB SPI interface package, use the jumper to short the BL pins as shown below: 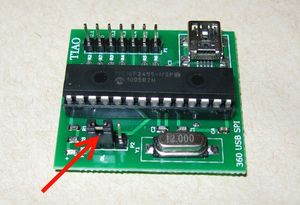 Then, connect it to your PC using a mini USB cable (comes with almost all digital camera): 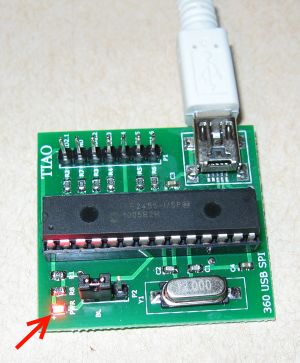 You will see the PWR light is on, and you should also hear a beep from you pc indicating a new hardware is found. 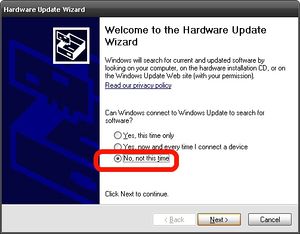 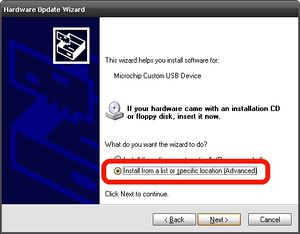 Select a specific location for the deriver 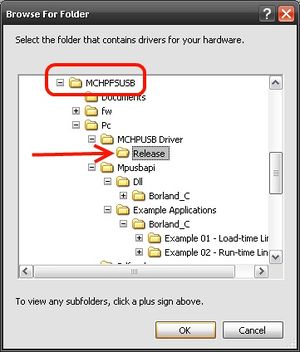 The driver is located in your MicroChip USB package installation, as shown in above picture. 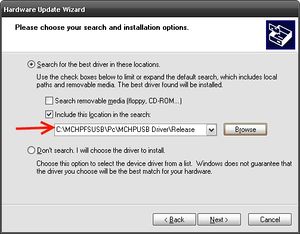 After you have specified the location of microchip driver, click Next to install the driver.

Once your driver is installed, unplug the USB cable, and re-plug it in, then run PDFSUSB.exe to load the firmware to PIC:

Run PDFSUSB to load the firmware

Run the PDFSUSB tool from your start menu. Select the only option in the drop down menu and click load HEX button: 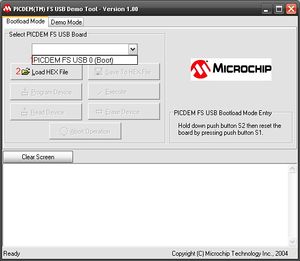 Browse to where you unzipped PICFLASH_v3b_plus2 and select file: PICFLASH.hex: 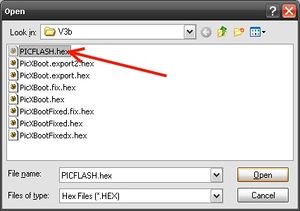 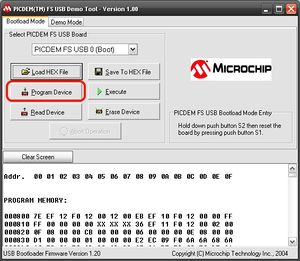 If no errors, you have successfully programmed the PIC.

Now, disconnect the 360 USB SPI interface board from your PC by unplug the USB cable, then disable bootloader mode by replacing the jumper to the bottom: 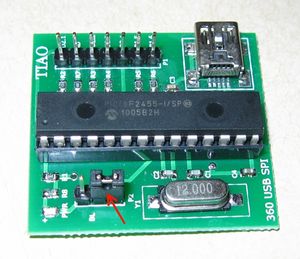 Then, plug the interface back to your USB, you will see the LED is on again and Windows found new hardware wizard should come up: 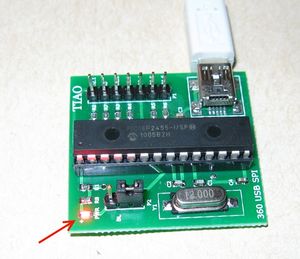 Select a specific location for the deriver

Then browse to the location where you unzipped NANDPro2d: 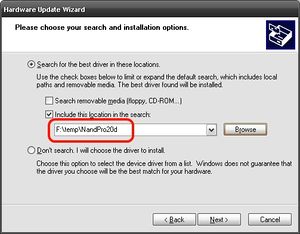 After the driver is installed, you should have Memory Access installed: 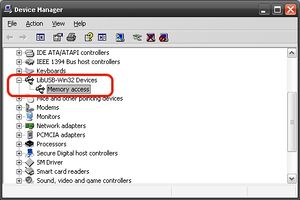 Now, you have your TIAO 360 USB SPI interface ready.

This step is exactly same for both Parallel port and USB port tool. Please following the instruction below to get it ready:

Attention: DO NOT INSTALL DIODES, otherwise it will not work. You need to install diodes AFTER you have flashed your NAND.

This step is easy, make sure the interface board is disconnected from your PC and of course no power to you XBOX 360 as well, using the supplied female to female flexible wire to connect the following:

Make sure no short circuits. 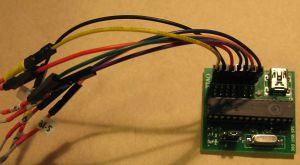 If everything is ok, plug the USB cable to the SPI interface board, then connect the power adapter to you XBOX 360 but DO NOT turn on it. Just plug the power plug to the wall outlet and power connector to your xbox 360.

So all the cable connections are ready, you can then following the instruction mentioned in [here] (start from page 7, 4.Reading out the NAND to page 13) to read the nand and write the NAND. Make sure to use interface USB, so the command to read NAND is:

Read "Soldering the SMC-JTAG connection" at: